Hugs Are Good. Pass It On.

The average length of a hug between two people is 3 seconds.  Researchers have discovered that when a hug lasts 20 seconds, there is a therapeutic effect on the body and mind.  This is because of the release of oxytocin, also known as “the love hormone.” This substance has many benefits in our physical and mental health:

1. STIMULATES OXYTOCIN.    Oxytocin is a neurotransmitter that acts on the limbic system, the 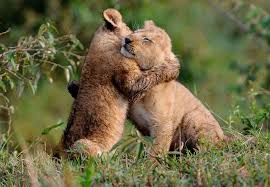 brain’s emotional center, promoting feelings of contentment, reducing anxiety and stress.  When oxytocin is released into our bodies by our pituitary gland, it lowers both our heart rates and our cortisol levels. (Cortisol is the hormone responsible for stress, high blood pressure, and heart disease.)

2. PREVENTS DISEASE.    The Touch Research Institute at the University of Miami School of Medicine says it has carried out more than 100 studies that have found evidence of significant positive effects of human touch including faster growth in premature babies, reduced pain, decreased autoimmune disease symptoms, lowered glucose levels in children with diabetes, and improved immune systems in people with cancer. 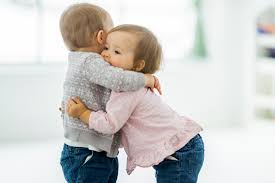 The tactile sense is all-important in infants. A baby recognizes its parents initially by touch. From the time we’re born our family’s touch shows us that we’re loved and special. The associations of self-worth and tactile sensations from our early years are still embedded in our nervous system as adults. The cuddles we received from our parents while growing up remain imprinted at a cellular level, and hugs remind us at a somatic level of that.

4. STIMULATES DOPAMINE.    Everything everyone does involves protecting and triggering dopamine flow. Low dopamine levels play a role in the neurodegenerative disease Parkinson’s as well as mood disorders such as depression. Dopamine is 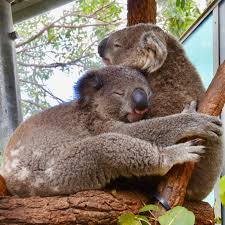 responsible for giving us that feel-good feeling, and it’s also responsible for motivation.  Hugs stimulate brains to release dopamine, “the pleasure hormone.”

5. STIMULATES SEROTONIN.    Hugging releases endorphins and serotonin into the blood vessels which cause pleasure and reduce pain; these hormones also decrease the chances of getting heart problems, helps fight excess weight and prolong one’s life span.

6. PARASYMPATHETIC BALANCE.    The skin contains a network of tiny pressure centers called Pacinian corpuscles that can sense touch and are in contact with the brain through the vagus nerve. The galvanic skin response of someone receiving and giving a hug shows a change in skin conductance. The effect in moisture and electricity in the skin suggests a more balanced state in the parasympathetic nervous system.