One solar year (that is, the amount of time it takes our planet to accomplish one full rotation about the sun) takes roughly 365 days, 5 hours, 48 minutes, and 46 seconds. That extra five-or-so hours nobody likes to talk about are precisely why we have leap years: the 366-day years that occur every four years.

The point of leap years is to help adjust our Gregorian calendar (aka, the 365-day calendar you can find on your desk or phone) to the solar calendar, and make sure we celebrate solar events like the spring and autumn equinoxes with some regularity every year. Even adding an extra day to February every four years doesn’t quite do the trick, which is why scientists sometimes call for a Leap Second like they did in 2015 on June 30th at 11:59:60 pm.

3. What’s crazier than February 29th? A woman proposing to a man, says history.

As the story goes, the tradition of women romantically pursuing men in leap years began in 5th century Ireland, when St. Bridget complained to St. Patrick about the fair sex having to wait for men to propose. Patrick finally relented and set February 29 aside as the day set aside allowing women the right to ask for a man’s hand in marriage.

The tradition continued in Scotland, when Queen Margaret declared in 1288 that on February 29 a woman had the right to pop the question to any man she fancied. Menfolk who refused were faced with a fine in the form of a kiss, a silk dress, or a pair of gloves that were given to the rejected lady fair.

4. It’s rare to be born on Leap Day…but what about dying on Leap Day, too?

According to the World Heritage Encyclopedia, the British-born James Milne Wilson, was born and died on a leap day.  Wilson died on February 29th, 1880, on his “17th” birthday, or aged 68 in regular years. (Maybe that’s not that crazy though, since you are more likely to die on your birthday.)

February 30th? This even rarer date occurred in Sweden and Finland in 1712, when they added an extra Leap Day to February to help catch up their outdated Julian calendar with the new Gregorian calendar.

6. Is February 29th good luck or bad luck? Depends on who you ask!

According to an old Scottish aphorism, “leap year was ne’er a good sheep year.” The superstition that Leap Days are particularly lucky or unlucky has been debated through history and across cultures, and there’s still no clear winner. For one thing, it’s bad luck if you’re a prisoner on a one-year sentence that spans a Leap Day. Also, bad news if you work on a fixed annual salary; no extra pay for that extra day. On the other hand, Leap Day is great luck if you’re on a fixed monthly rent (one free day of living!) 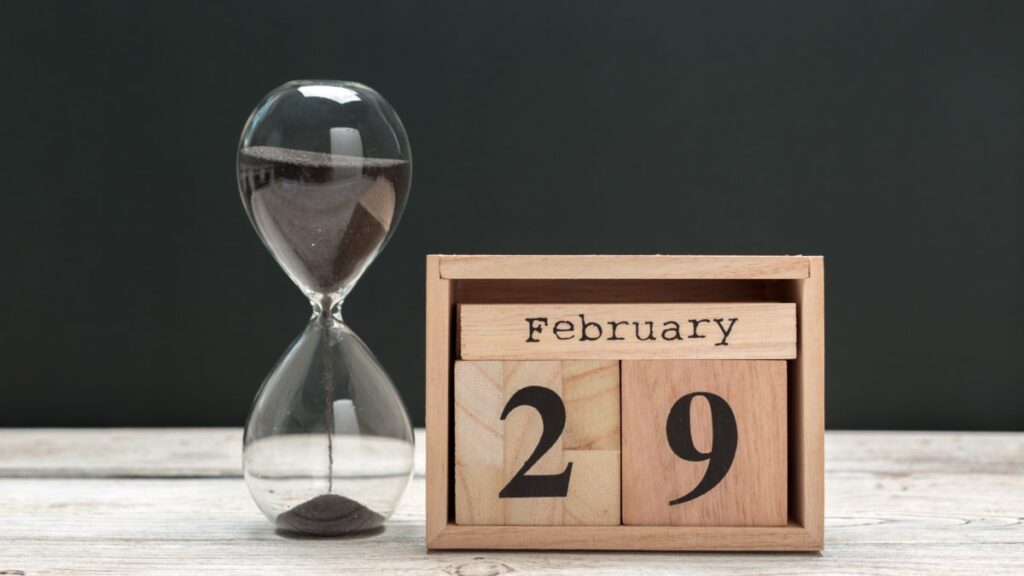