Pedaling techniques: What does the research say? 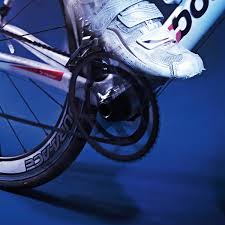 As a bike fitter, I hear a lot about cyclist’s pedaling techniques. Cyclists are especially bad about adopting information that they hear without giving one thought to whether there is any scientific evidence to back it up.  All too often I hear, “well that is what (insert fast guy on the group ride name here) does and he is fast so I’m going to try that.”

I recently attended, “The Medicine of Cycling Conference” in Colorado Springs. One of my favorite lectures was “Myths and Science of Cycling” presented by John McDaniel, PhD from Kent State University. McDaniels looked has several of the hot topics in cycling and presented relevant research to back up or debunk theories in cycling. The first topic I want to address is pedaling techniques. Cycling is all about pedaling faster and more efficiently.

I’m sure at one point you have heard that you have to, “pull up” with your hamstrings on the upstroke to maximize your pedal stroke.  Coyle et al. published “Physiological and biomechanical factors associated with elite cycling performance” in 1991 and looked at pedaling techniques in elite vs regional level cyclists. This study showed that elite cyclists don’t pull up on the upstroke. They push down harder and pulled up less as compared to regional level cyclists.

Korff et al. also looked at the efficiency of the different pedaling techniques. The study used oxygen consumption (VO2) to determine efficiency.  The goal is to produce higher power while using less oxygen. Pulling up was found to be less efficient with 7.4% less power produced at the same VO2 as pushing.

The data just doesn’t support training yourself to pull up, or pedal in even circles. If you are going to focus on one area of the pedal stroke it should be pushing.